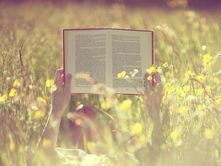 How do I find out more about NDEs?

Obviously attending one of our meetings puts you in direct contact with other people who have had an NDE. We encourage sharing knowledge and experiences and there is more material out there than you would imagine on the subject of NDEs. Some information is particularly medical based and good for answering the practical questions and hypothesis of why and how NDEs happen. Other books focus on the mental and spiritual aspect of NDEs and the impact it has on experiencers and their lives. Some books simply collate and present different unique experiences. Whether your interest is medical or scientific, or from personal experience, good or bad, we would like to raise the profile of NDEs.

What further information is there?

You can read NDE UK Founder Gigi Strehler's account of her experience in "The Transformative Power Of Near Death Experiences" by Dr. Penny Sartori and Kelly Walsh:


Dr. Sartori is our Associate Researcher, Lecturer & Author and has also written the following books:


Mary Tiffin is one of our members and published her mother's account of her astonishing NDE available at www.tiffaniabooks.com:


Following her NDE, Founder Gigi Strehler read extensively on the subject to help come to terms with her experience and recommends the following for further reading:


There are also several books on Death Midwifery - helping, supporting and assisting loved ones to achieve a peaceful death transition: